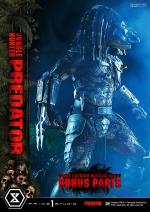 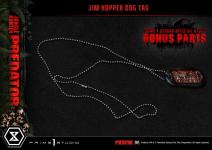 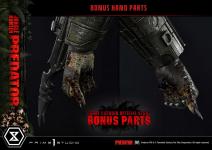 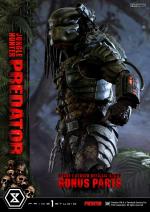 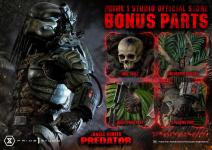 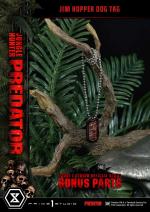 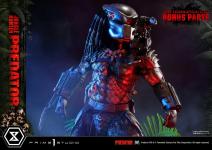 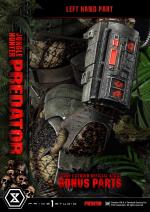 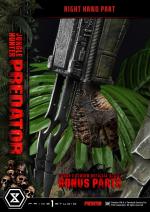 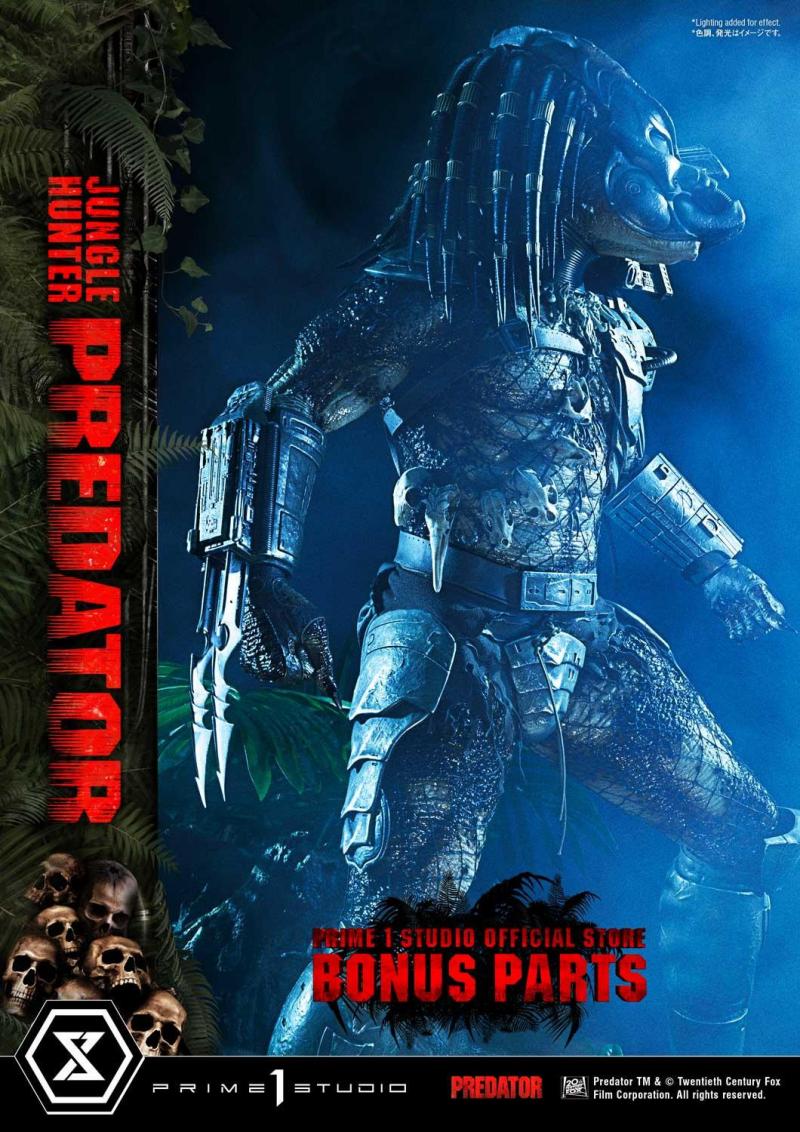 Today, Predator is a beloved film and heralded as a cult classic of the action genre. But when it was released in 1987, people were not prepared for the groundbreaking action scenes, visceral effects and what is arguably one of the most compelling alien creatures designs ever made!

The importance of this statue simply cannot be overstated. The last 1/3 scale Jungle Hunter Predator statue came out 12 years ago. And this magnificent piece is a direct homage to that classic but turned way up to 11! The Predator’s skin comes alive in this intricately detailed masterpiece of polystone and mixed materials. Dare to take a closer look at his multitude of features, all expertly orchestrated by Prime 1 Studio. The Predator is ready to eviscerate his prey with the wrist-mounted double blades on his right arm. He comes with two sets of open and closed fists, with extended and retracted blades. Each of his “dreadlocks” are meticulously placed. Instead of merely sculpting it, the netting all over his body is real material. And our craftsmen have synced perfectly together to render the battle-worn look of his masks and other armor pieces through sculpted damage and carefully weathered metal.

We have outfitted the Jungle Hunter Predator Deluxe Bonus Version with LED Illumination as befits the technological excellence of this apex hunter: his Bio-Mask, shoulder-mounted Plasma Cannon, and his wrist-mounted control panel with hinged cover, all feature LEDs. We have included four (4) different swappable heads with this statue to extend its narrative impact. The first swappable head features his film-accurate Bio Mask, complete with LED-illuminated laser targeting array. The next swappable head is the fully revealed, unmasked, roaring Predator with his mandibles spread open. If you want an even more gruesome Predator, display a third swappable head in all its ugly mother#$%@&ing glory. And the last swappable head is a callback to the original design of the Bio Mask...the Gort Bio Mask...which is sure to be a favorite with the elite Easter Egg crowd!

The Deluxe Bonus features, which is available at the Prime 1 Studio Official Store and limited time to others, includes cult-status Easter Egg pieces like Mac’s Skull, Jim Hopper’s Dog Tag, and bonus hands!

Standing majestically at over 35 inches tall, the Jungle Hunter Predator reveals itself as an imposing, otherworldly peril intent on relentlessly hunting its prey. In this pivotal moment, where the Jungle Hunter Predator reveals his true form to Dutch (the main protagonist of the film), the skilled artisans at Prime 1 Studio have seated the Predator’s Bio Mask in the gnarled roots of a tree. In the film, the Predator takes off his Bio-Mask and drops it in the putrid, leech-infested water of the jungle, which we have faithfully recreated here with translucent resin and detailed inclusions, for a convincing watery effect.

Any discerning connoisseur of the Predator franchise will immediately recognize this statue as an instant legendary classic. So don’t wait on getting the Jungle Hunter Predator...his self-destruct sequence is counting down! 3...2...1...

Be ready for our next companion piece, which was teased in our 'Next Level Showcase 2.' Stay tuned and get excited for the 1/3 City Hunter Predator from the film sequel 'Predator 2!'