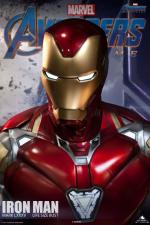 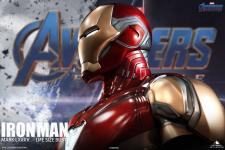 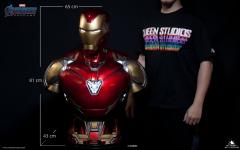 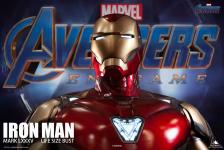 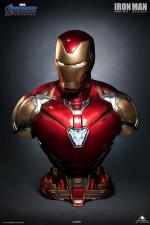 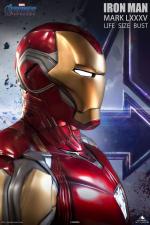 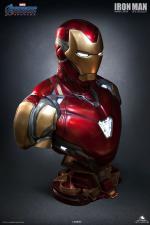 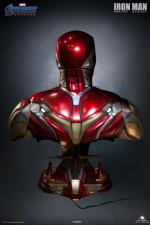 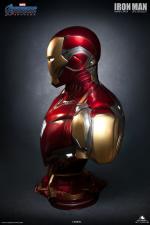 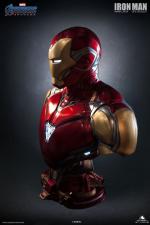 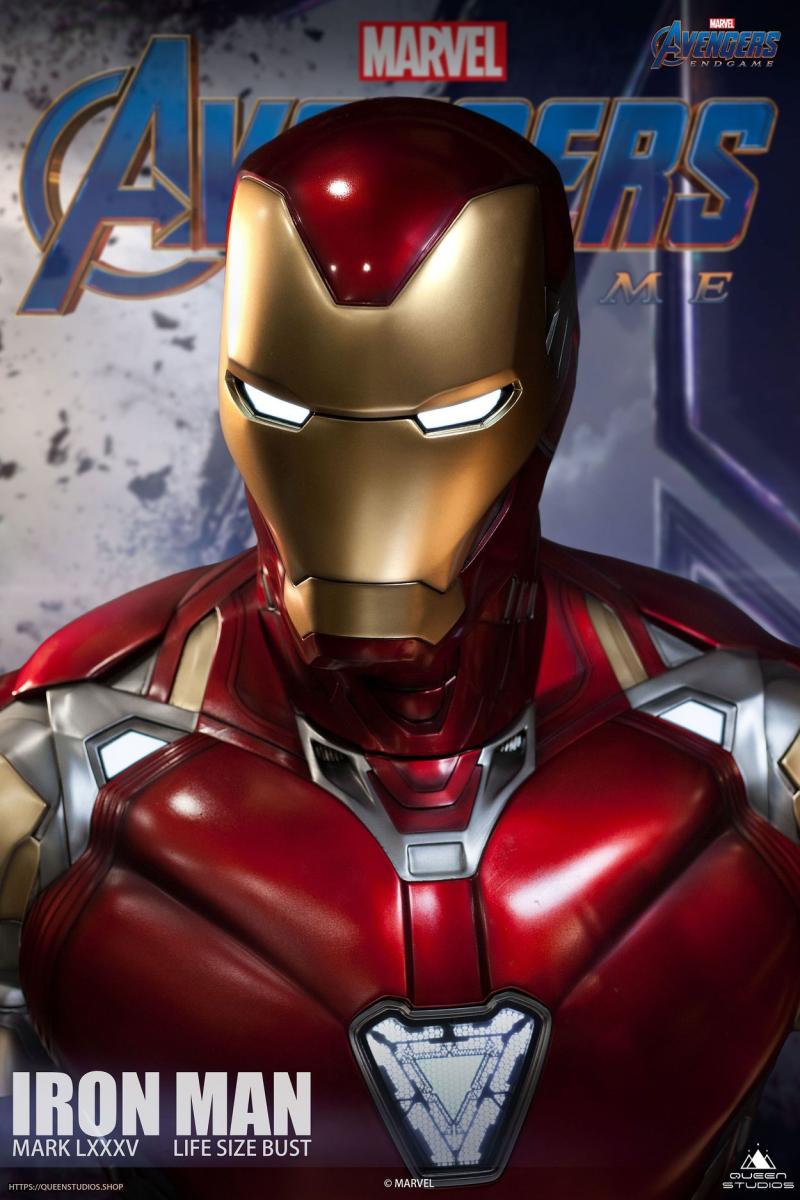 ABOUT THE ARMOR
Tony Stark’s eighty fifth and final armor, the Mark LXXV (Mark 85) first appeared in Avengers: Endgame during the daring Time Hesit at the Battle of New York. An upgrade from the Mark L (Mark 50), the suit is equipped with nanite technology and shares many of the same functions. The key difference however, other than the design, is the armor is much more efficient and durable in combat, which was useful in the fight against Thanos.

ABOUT THE BUST
The Queen Studios team have recreated the Iron Man Mark LXXXV with stunning accuracy bringing one of Stark’s most iconic armors to life in the form of a 1/1 scale life-size bust. True to the MK85 seen in Endgame, the suit features the classic red and gold colour scheme with silver trim connecting the different sections of the armour. Each curve and contour is beautifully sculpted, while the internal lighting brings the collectible to life.

BODY AND BASE
Simple yet, elegant, the Mark 85’s body armor includes thick armour plating on the chest section, while the gold and silver elements around the shoulder (and biceps), resemble a more muscular form. Like it’s predecessor, the Mark 50, the MK85 includes the arc reactor in the center of the chest which the Queen Studios team have faithfully recreated. While the base is in keeping with the Mark 85’s aesthetic including the iconic Iron Man colours. The final bust looks awesome as a standalone piece, but also matches perfectly with the new Rescue (Mark 49) life-size bust.