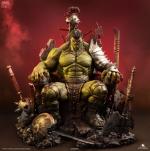 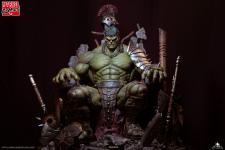 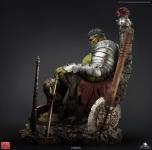 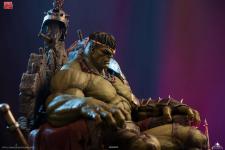 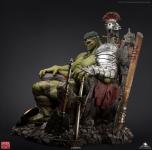 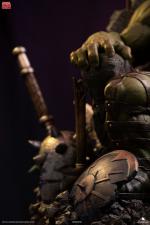 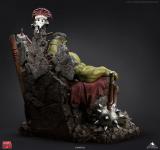 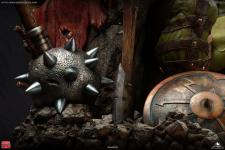 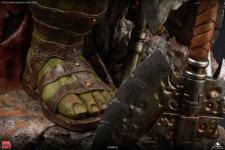 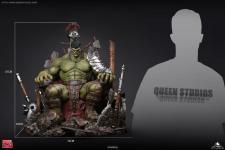 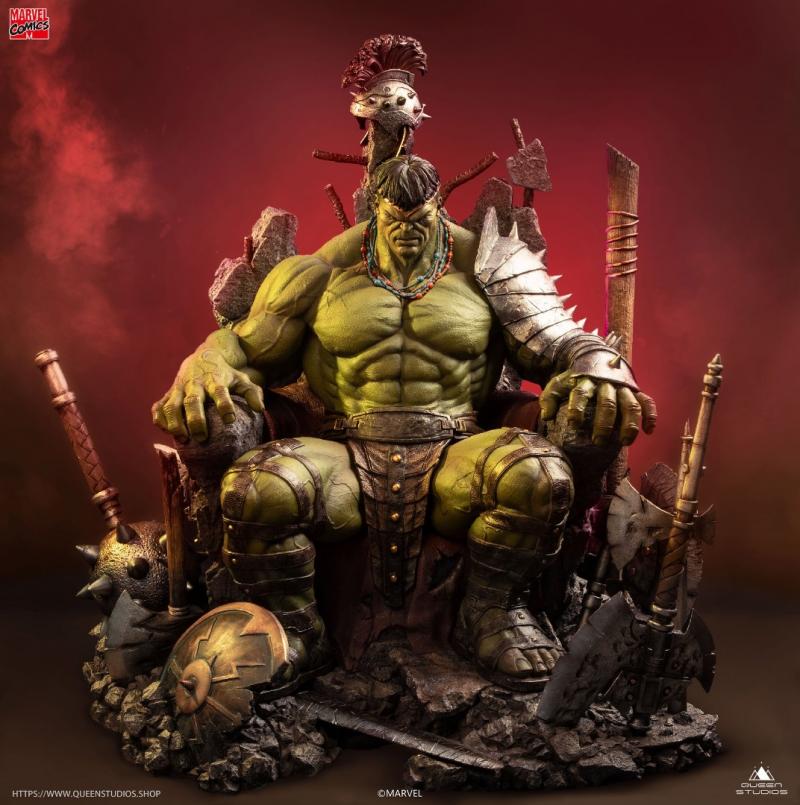 "I didn't come here for a whisper. I want to hear you scream."

Since the Hulk first burst onto the scene in 1962 he's become one of the most iconic characters in popular culture. With his fame and reputation as one of the strongest and most powerful superheroes, the character has a long history in Marvel Comics with many different incarnations of the Green Goliath. Among these incarnations, the Green Scar Hulk is one of the most impressive.

After being sent off Earth to Planet of Sakaar, Green Scar Hulk became a gladiator and then the ruler of the entire planet. With his new found success, he soon established a good life, finding a wife and friends. But peace would be short lived. Enemies of the Green Goliath planted a bomb that killed everyone he loved. With his Warbound companions at his side, Hulk returned to Earth seeking revenge waging a World War!

The Queen Studios Green Scar Hulk 1/4 statue is inspired by the cover of World War Hulk (2007) #4. Like the cover, the Hulk sits on his stone throne ready to deliver his final judgement in the Great Arena. But, to add an extra dynamic, we’ve also included an array of weaponry nearby, like the axe, shield, signifying the spoils of war!

Crafted in 1/4 scale, the Green Scar Hulk includes next level detailing in both the sculpt and the paint. From the pulsating veins popping out from his dense muscles, to the minute details in the battle damaged weapons, Queen Studios’ artists have gone out to make a Hulk statue worthy of the crown!

The limited edition collectible 1/4 Hulk statue will be available in two versions.

The Regular Version includes one head sculpt featuring the Green Scar Hulk with a closed mouthed snarl without a helmet.

The premium version will include three unique head sculpts.

As an added bonus feature, the weaponry on the base is removable. Which means you can customise the look, or even start a mini battle. But please be careful!