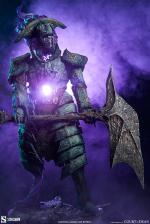 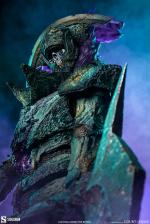 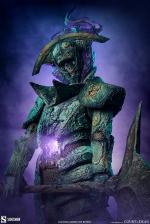 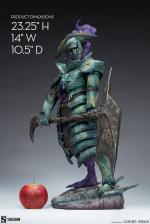 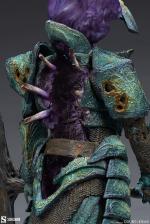 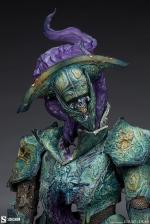 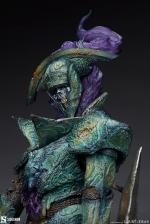 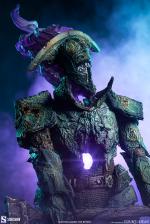 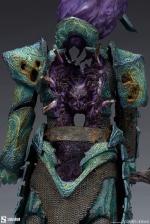 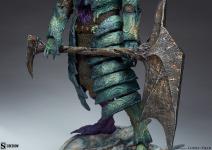 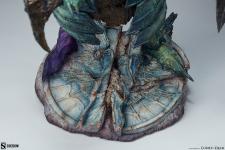 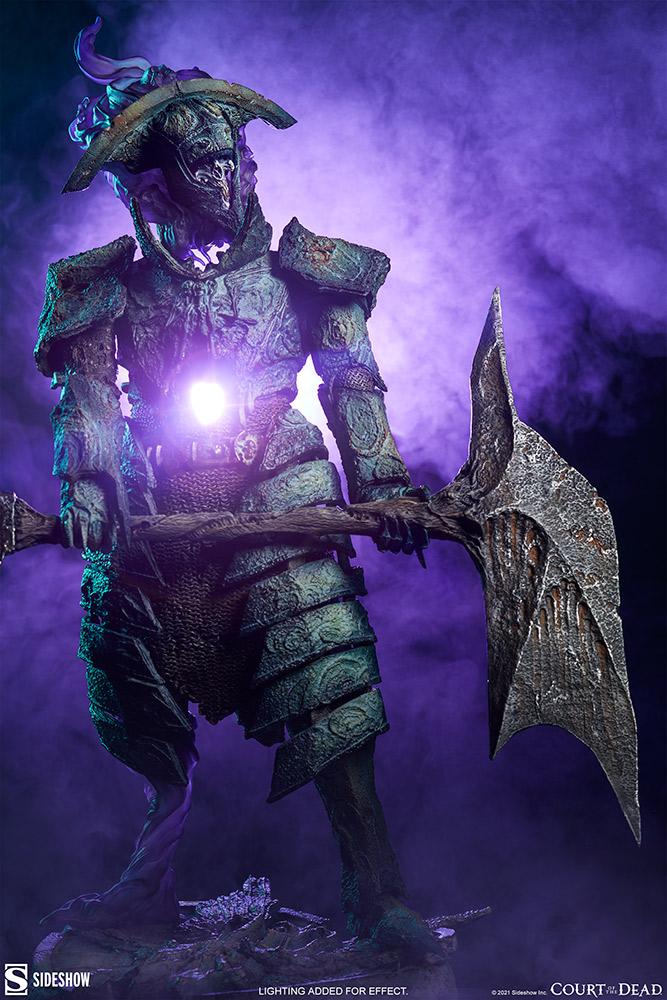 Sold Out
Others
Statue
Sideshow
Others
฿ 21,000

ABOUT THIS PREMIUM FORMAT™ FIGURE

“Sometimes, destruction is what builds the greatest future.”

Mortis Knight Osseil was once determined to solve an impossible equation to save the Underworld, but the corrupting force of the dreadsgrip offered a deceptively simple solution: sacrifice. In his weakness, he fell for the dreadsgrip's deceit and gave in to his darker nature. He betrayed the knighthood and became Oathbreaker Strÿfe, taking his name in mockery of the Stryfehall, also called Mortiss-Veth, where he first trained to become a knight. Now, every sadistic sacrifice he makes is to build his twisted vision of the perfect Underworld.

"The dreadsgrip is an energy, just like etherea," explained Tom Gilliland, creator of Court of the Dead. "But when a mourner's etherea becomes tainted with thoughts of power, destruction, greed, or malice, the dreadsgrip takes its hold. It has a purple stain to it, representing that it is a spoiled power, unlike the more pure blue of etherea. This Oathbreaker figure exemplifies the parasitic nature of the mourner's struggle, as Strÿfe is literally consumed by his own darkness."

The Oathbreaker Strÿfe: Fallen Mortis Knight Premium Format Figure stands 23" tall, with striking sculpture and paint throughout, setting a new standard for the visual storytelling of the Underworld. Dreadsgrip seeps through this fully sculpted horror collectible and every inch has been considered in exquisite detail- faces, flames, and other meaningful ornate elements bring this terrifying character to (after)life.

The base of the figure bears the mark of all Mortis Knights, a four winged angel, but the platform has shifted and cracked like tectonic plates, symbolizing the breaking of that sacred oath. Hints of teal ethera darken to the dreadsgrip's deep purple at Strÿfe's right foot, snaking beneath his rusting and deteriorating armor, crawling to his very core. Corruption has eaten away at his mind and body, leaving a hole in the center of the Oathbreaker Strÿfe: Fallen Mortis Knight Premium Format Figure where his ribs are torn asunder to reveal a skeletal visage in his back cavity.

Gilliland worked very closely with painter Casey Love to tell this tragic story through the colors of this piece. "The dreadsgrip corrupts whatever it touches. The patina evokes the classic ethereal blues and greens seen on many of the Court of the Dead characters, but the orange stains of rust reveal that even his armor is corroded and tainted just like him."

From out of his rusted armor, violet rage plumes like fire at his head and from behind his helm Strÿfe smiles, eager to do the dreadsgrip's bidding. He tightens his hold on the Raker's Scrape- this weapon may have once had a loftier title prior to Osseil's fall, but like him, the axe broke faith, and through a new name appeals to its more destructive attitude.

Build the greatest future through destruction, and build your Court of the Dead collection with the Oathbreaker Strÿfe: Fallen Mortis Knight Premium Format Figure.