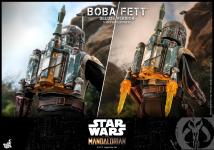 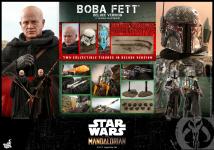 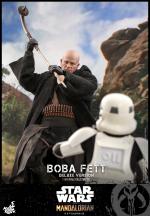 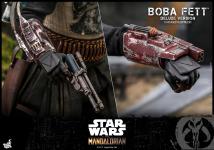 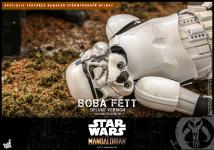 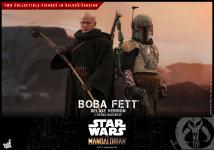 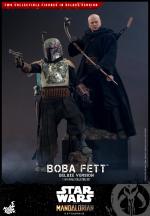 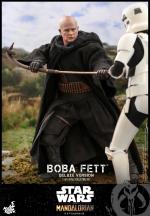 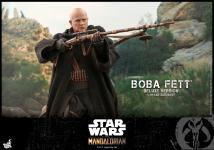 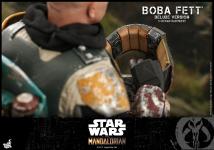 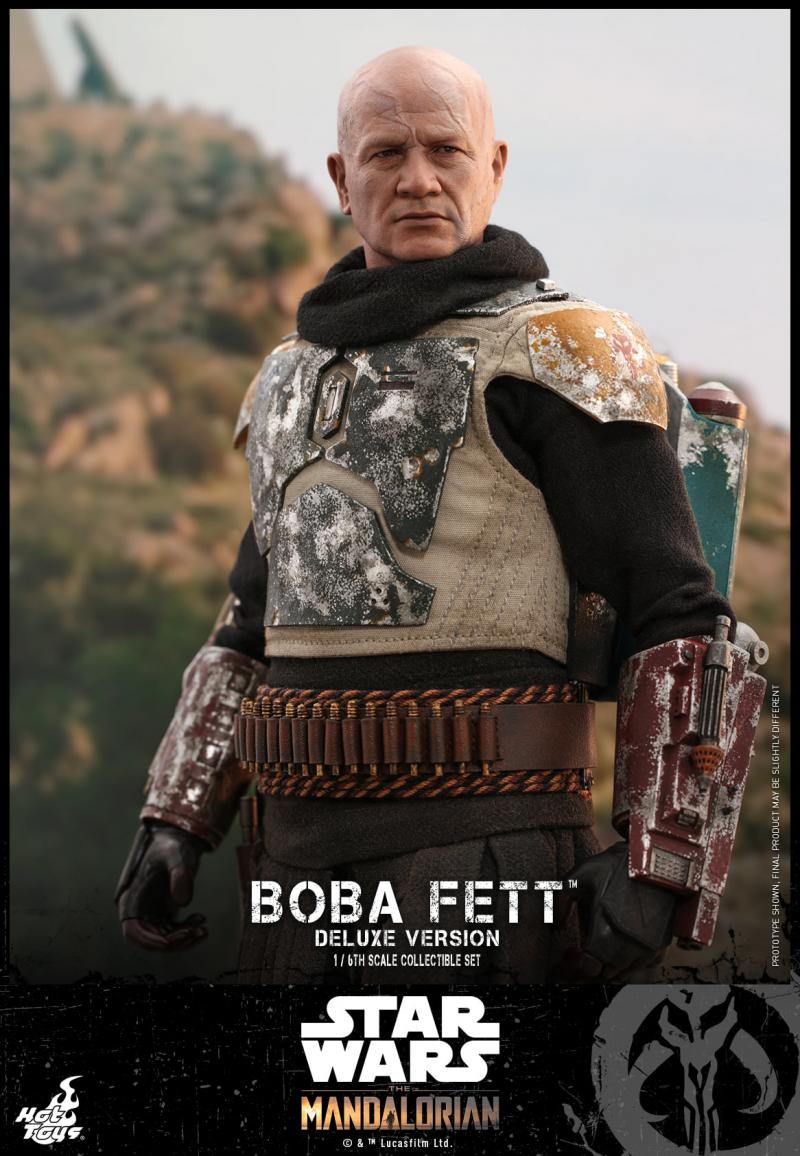 “I'm a simple man making his way through the galaxy. Like my father before me.”

Star Wars fans were overjoyed to witness the return of the Boba Fett, one of the most feared characters in the Star Wars galaxy! Thought to have met his demise in the terrifying Sarlacc pit on Tatooine™, Boba Fett is striking back. In exchange for his legacy armor from the possession of the Mandalorian, Boba Fett ensured the Child’s safety and proved to be a formidable ally in Din Djarin’s™ rescue of the mysterious alien foundling.

The following parts are exclusive to DELUXE VERSION:
- Authentic and detailed likeness of Temuera Morrison as Boba Fett in Star Wars: The Mandalorian
- Newly developed head sculpt with highly-accurate facial expression, detailed wrinkles, and skin texture
- Body with over 30 points of articulations
- Approximately 30 cm tall
- Five (5) pieces of interchangeable gloved hands including:
- One (1) pair of relaxed hands
- One (1) pair of hands for holding weapons
- One (1) pistol holding right hand
- Each piece of head sculpt is specially hand-painted