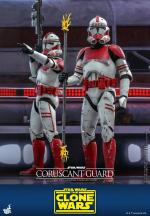 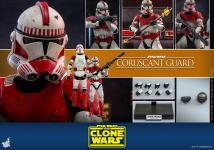 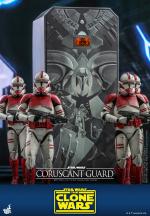 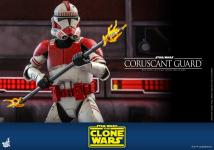 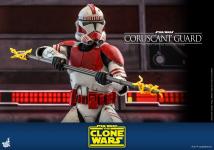 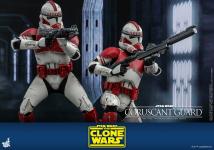 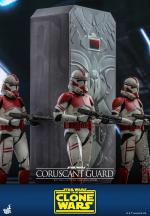 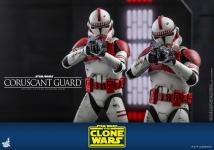 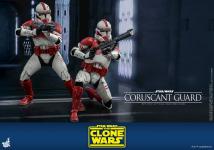 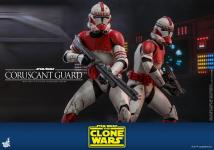 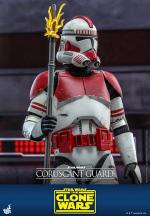 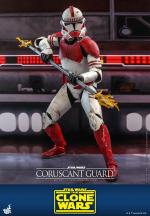 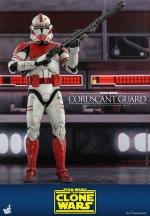 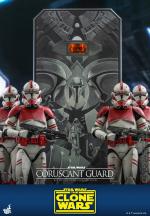 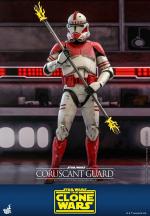 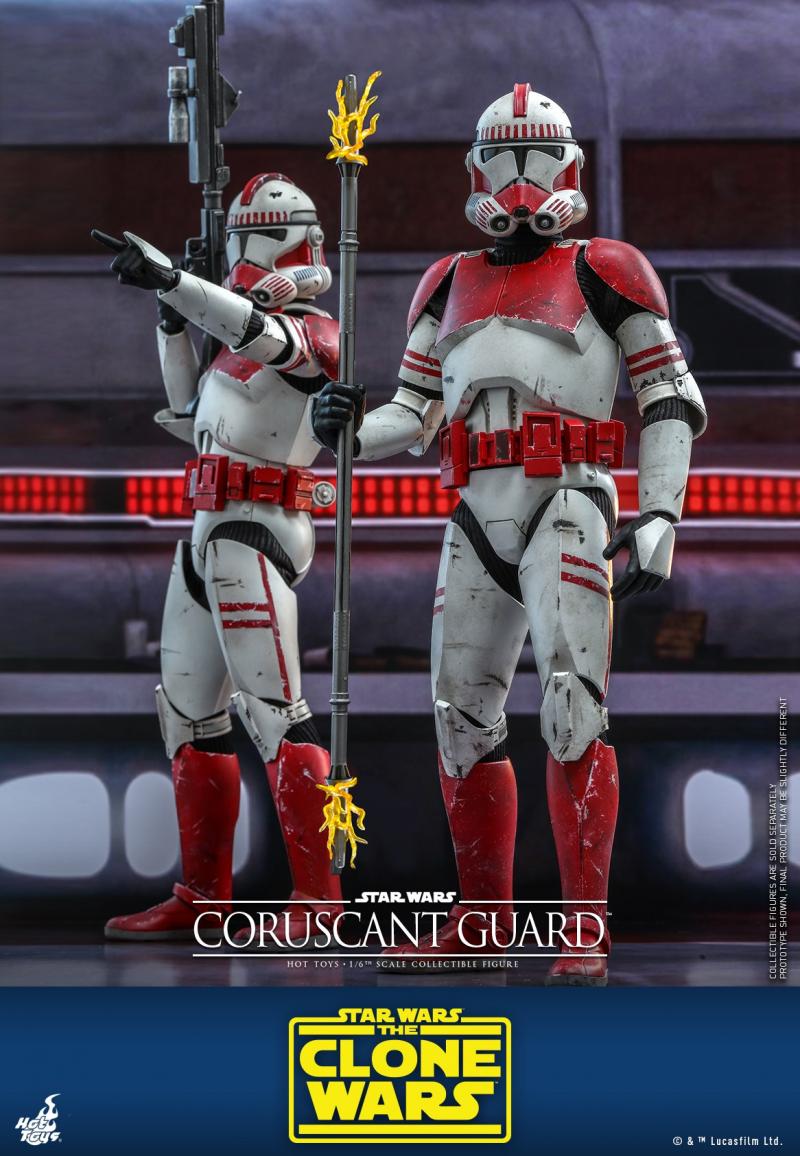 This elite group of clones guards was led by Clone Commander FoxTM. It was their task to keep the peace on Coruscant™, to protect important buildings, and to supplement the job of the Senate Guard. They escorted Jedi™ and other senatorial dignitaries to protect them on official missions. They were also the group in charge of hunting down Ahsoka TanoTM when she was accused of murder in the wake of the Jedi Temple bombing.

- Authentic and detailed likeness of Coruscant Guard in Star Wars: The Clone Wars

- One (1) pair of blaster holding hands

- One (1) pair of baton holding hands

- One (1) pair of red colored boots with weathering effects