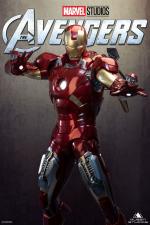 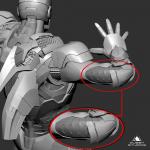 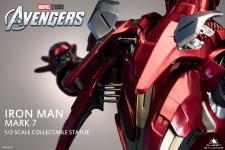 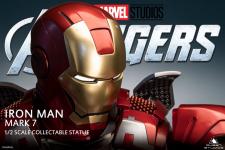 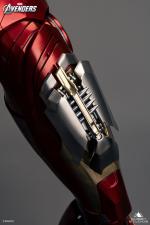 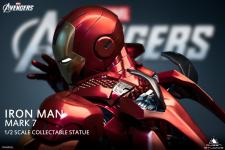 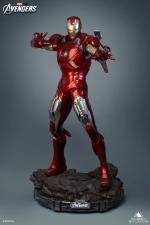 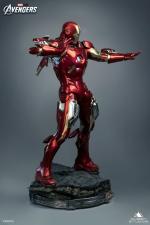 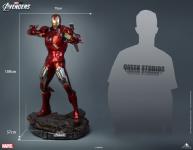 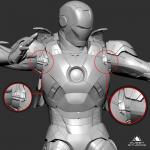 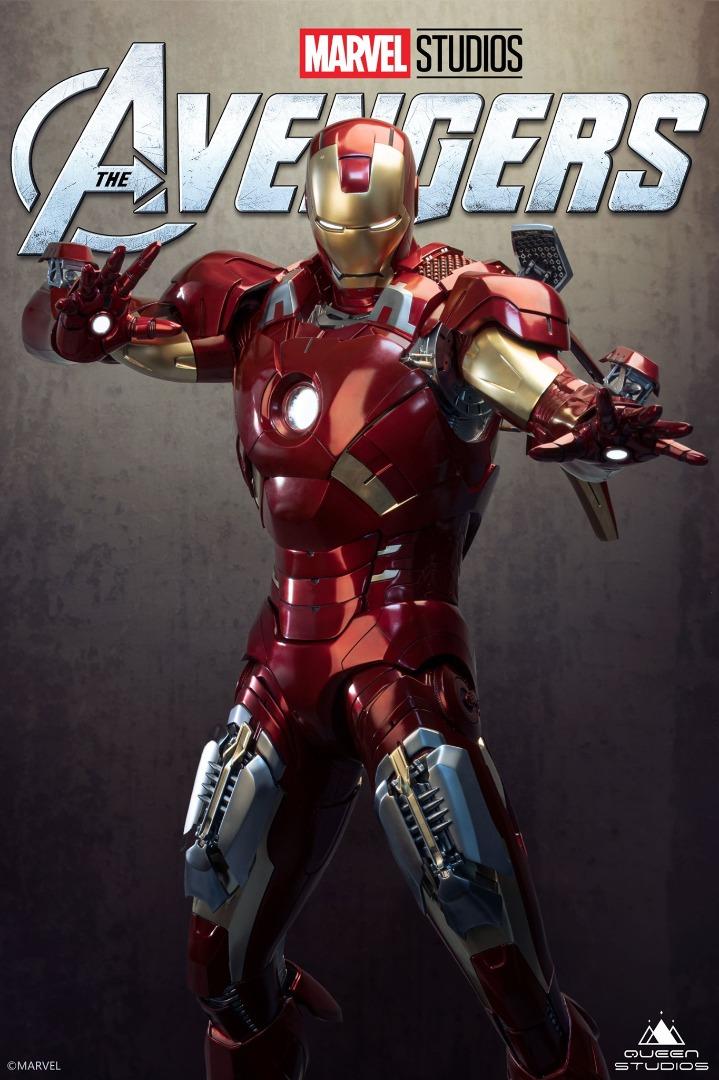 The Iron Man Mark 7 armor has appeared in "Iron Man3" and "The Avengers" and is considered one of Tony’s classic armours. The suits popularity is mostly due to its impressive features, including its laser-guided tracking system and rapid deployment mechanism. These features were technological breakthroughs at the time and laid the foundations for later iterations of the Iron Man armour. Today, this iconic armour is a firm favourite for Iron Man fans around the world.

The Queen Studios Iron Man Mark 7 1:2 statue includes all the bells and whistles that you’d expect on an awesome Iron Man collectible.

The the shoulder missiles are visible and densely packed with small missiles inside. On the calves, you can expect the same attention to detail, with micro missiles open and on display.

The Iron Man Mark 7 looks forward with his arms raised, his feet apart, and his knees slightly bent. Tony is poised for action and his missiles are ready to fire!

To make the Mark 7 even better, we’ve included internal lighting so he looks awesome on display. These lights are included in the eyes, arc reactor and palm repulsors adding an extra level of authenticity.

A few months back we got some feedback of the Iron Man Mark 7, so we made some modifications according to fans' suggestions.

Some fans had concerns over the length of Iron Man’s legs. After the event, we carefully studied images and videos of the Mark 7, and decided to adjust the leg length to make them look more accurate and natural.

We also received a lot of feedback about his joints. Some fans suggested they were to spherical and resembled ball joints which wasn’t quite accurate. Based on the feedback, we went away and made some more adjustments. We’re now happy with the results.

Initially, this design included an open chest feature. However, the MK7 isn’t shown with the chest open in either Iron Man 3 or The Avengers. Therefore, based on feedback and in the name of accuracy, we decided it would be best to remove this from the final production piece.