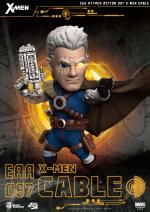 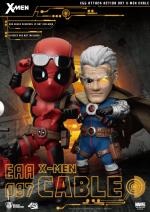 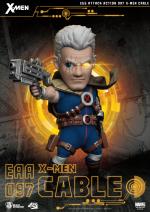 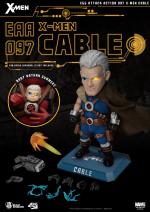 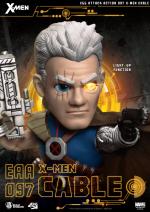 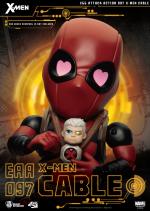 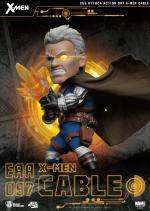 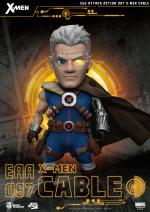 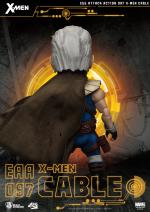 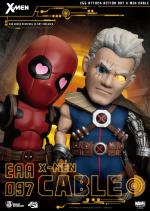 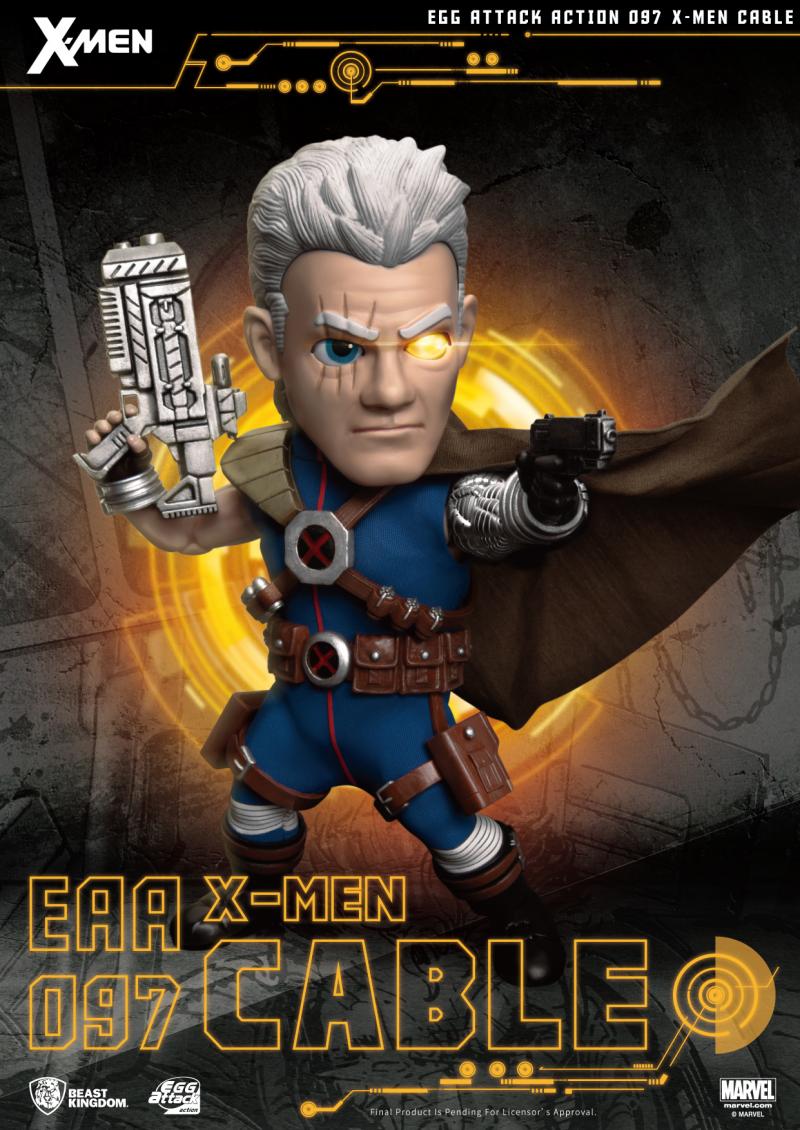 “If this is my last war… then I know I’ve found the only cause worth dying for.”

Nathan Summers, AKA‘Cable’ is a clone derived from a future Cyclops and Jean Grey, with special powers including telepathy and telekinesis. Whilst a‘techno-organic’virus has ravaged his body, the side effects include super human strength, endurance and the ability to time-travel!
In addition to being a super-soldier, military expert, and mercenary, his on and off team up and friendship with Deadpool caused some serious headaches, yet with a side of giggles for the X-Men!

The EAA (Egg Attack Action) series of 6-inch highly articulable action figures, under the Beast Kingdom brand reproduces the classic designs of the X-Men comic franchise with the latest EAA-097 Cable.
Recreating the famous ‘Earth-616’X-Men costume design, with the blue body suit, armor and cloak, with real cloth, the EAA Cable is incredibly articulable, perfect for a time traveling enthusiast! Two detailed head sculpt accurately recreates the serious yet determined look of Cable, with a light-up left eye and mechanized left arm, Cable has a seriously menacing look.
A selection of his favorite weapons are also included, from his dual pistols, with included holster, to his laser rifle and firing effects, this EAA Cable is always ready for battle.
Deadpool isn’t left out of the party this time either. The on and off friendship is given a little fun and attention with a specially included baby carrier and baby Nathan Summers for some fun and games, and for use only with the ‘EAA-065 X-Men Deadpool’. A selection of time-travelling lightning effects, and a specially designed, branded figure base with bracket tops of this set.
So make sure this EAA Cable joins his Deadpool buddy, and time hops across a universe near you today!