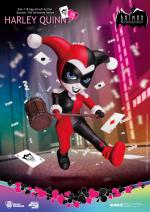 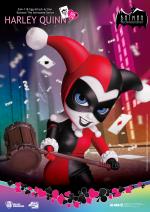 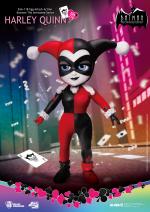 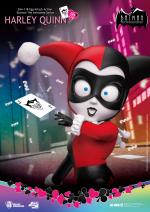 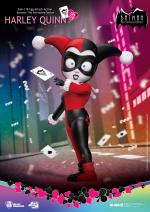 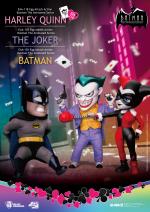 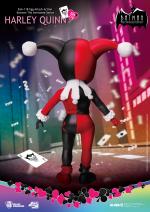 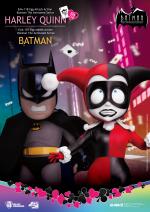 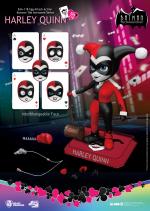 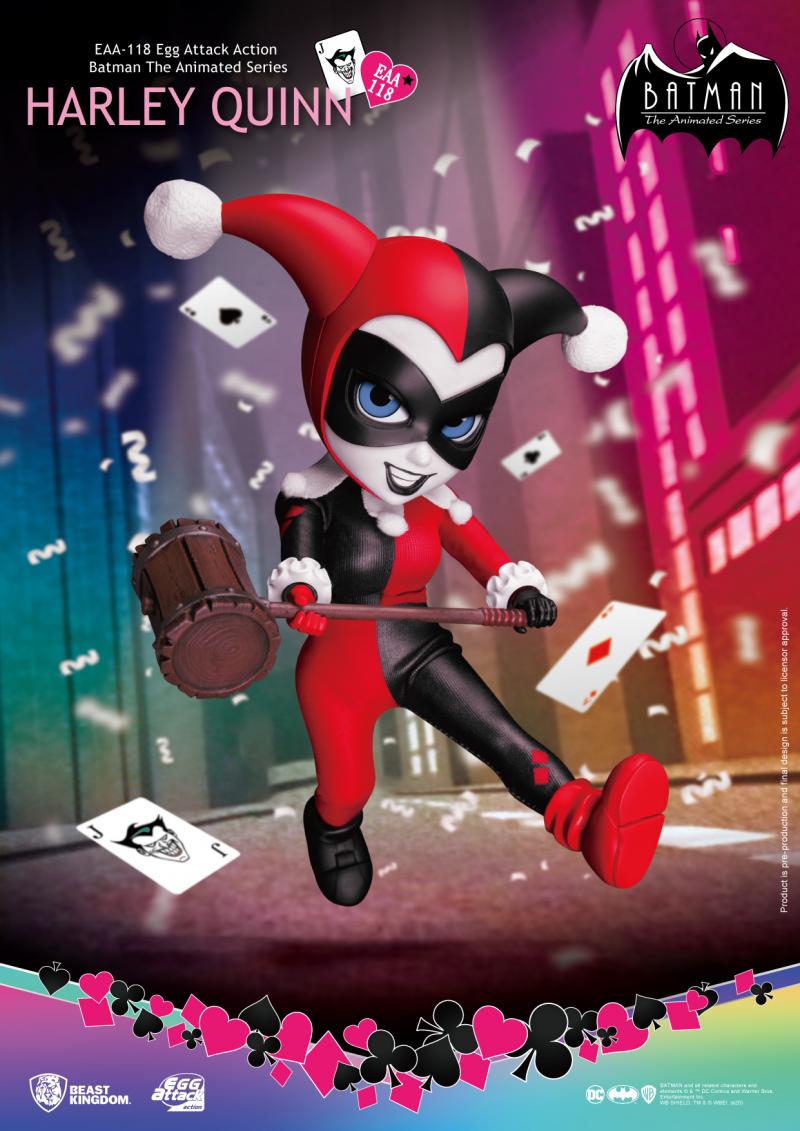 The ‘Maiden of Mischief’ herself, and Gotham’s self-proclaimed ‘Cupid of Crime’ is ready to take on Batman from the Animated Series in her very own EAA (Egg Attack Action) 6 inch highly articulable action figure! Originally a phycologist working in The Arkham Asylum, after falling head over heels for the maniacal Joker, she is transformed into his sidekick and Clown apprentice! Her obsession creates a criminal unlike any other, full of fun and craziness.

The Batman Animated Series gave one of the most famous incarnations of Harley Quinn ever, and Beast Kingdom’s Entertainment Experience Brand couldn’t be more excited to showcase an action figure with some real, authentic design.Using real cloth for Harley’s red and black outfit, the EAA-118 is kitted with some of her favorite weapons, including her infamous mallet, as well as a fun toy gun, with replaceable glove and pop-cork accessories.

Harley Quinn, as a jester in her own right, deserves a set of faces to express her whacky emotions. The EAA-118 doesn’t skimp in this area, and includes six replacement face sculpts, four of which have movable eyes, so collectors are able give any emotion to suite her pose!
Topping off the set with a red, branded figure base, this Harley Quinn action figure is not only ‘movie-accurate’, but also a bundle of amusement to boot with all the included facial expressions and accessories!

So make sure to add this Harley Quinn EAA-118 to your collection today and get ready for some seriously zany action on your desk!