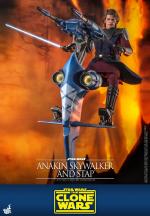 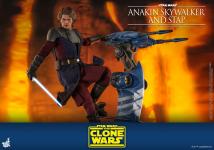 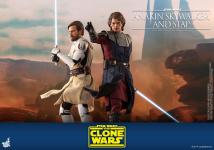 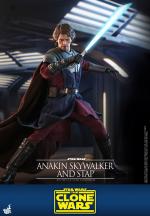 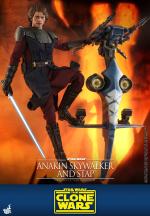 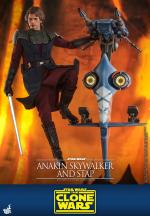 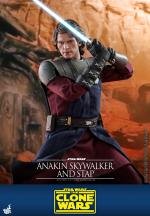 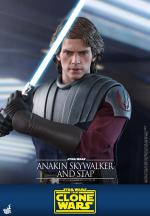 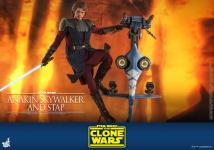 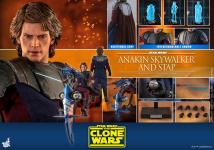 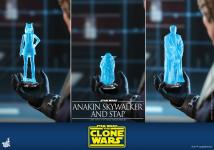 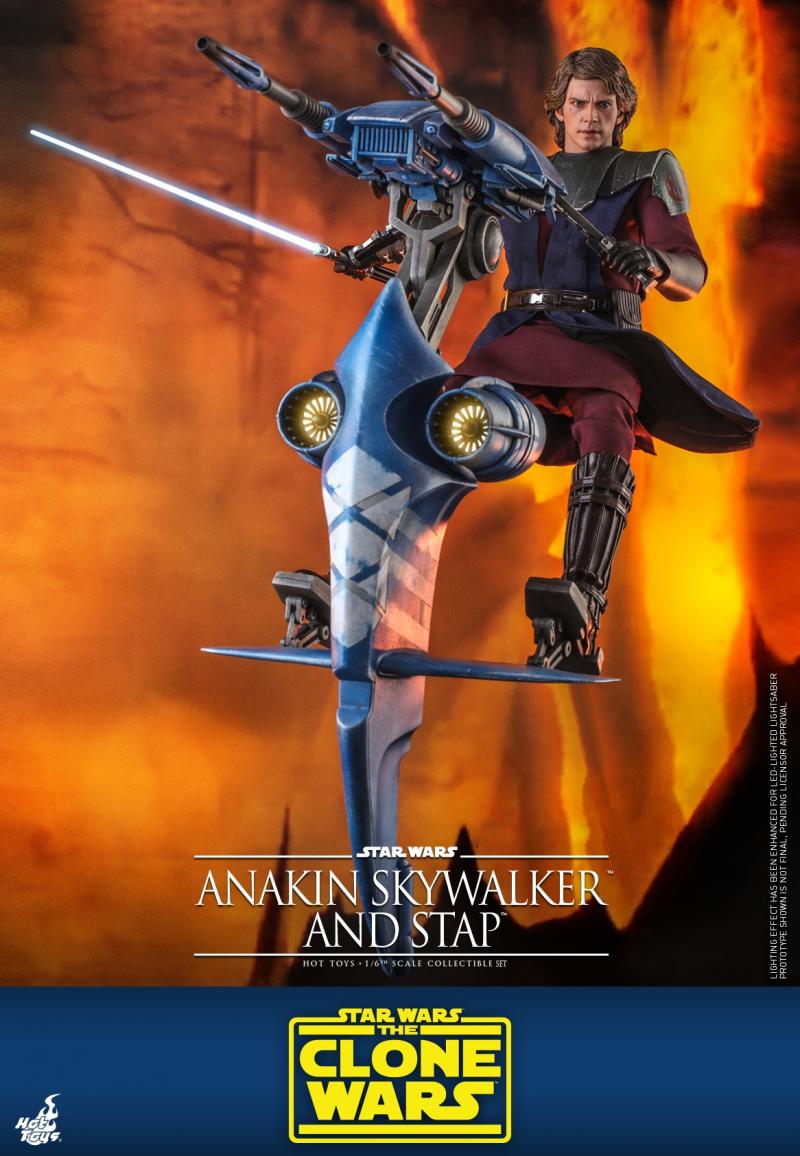 During the assault of B’omarr™ Monastery, Anakin Skywalker™ begins the difficult ascent up the sheer cliff with battle droids firing down on him, and droid-piloted STAP™'s racing into combat, laser cannons blasting. Casualties are mounting, so Anakin makes a daring move. He leaps into the air to take command of a STAP and disposes of battle droids with his lightsaber, clearing a path to the summit.

The highly-detailed collectible figure is specially crafted based on the debut appearance of Anakin Skywalker in Star Wars: The Clone Wars animation series, featuring a skillfully crafted head sculpt, meticulously tailored costume and a set of beautifully designed armor guards for alternative styles. His signature LED light-up lightsaber, a number of interchangeable hands, a thermal detonator, a hologram projector and several hologram figures representing Ahsoka Tano™, Yoda™, and Obi Wan Kenobi™ round out the set so you can take on the droid armies.

A Special Edition available in select markets will include a grey colored poncho with weathering effects as bonus item exclusively for collectors.

Don’t pass up on the chance to add the new Anakin Skywalker and STAP collectible set to your Star Wars collection.