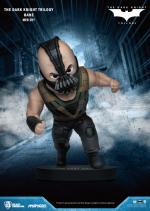 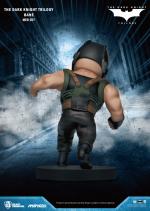 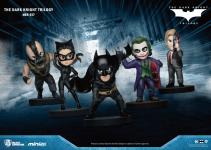 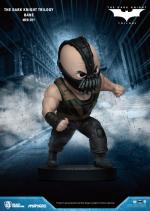 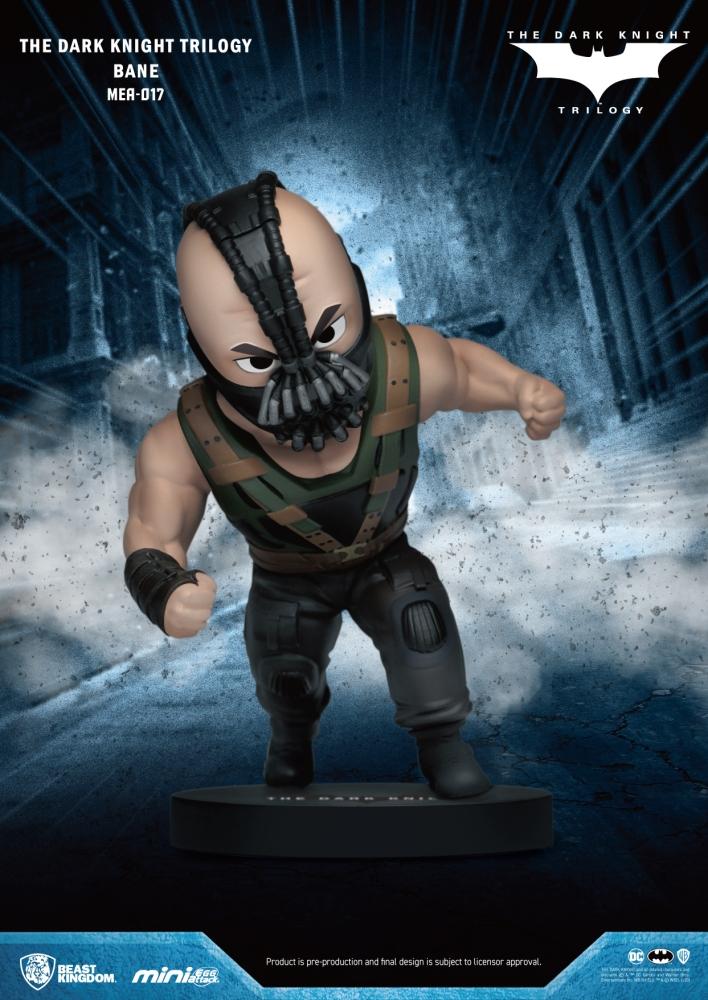 Product details of BEAST KINGDOM MEA-017 Bane: The Dark Knight Trilogy (Mini)
"The night is darkest just before the dawn”, said Harvey Dent before becoming the infamous Two-Face! Often considered as one of the best superhero film series of all time, The Dark Knight Trilogy by Christopher Nolan is still one of the staples of modern cinema.An exhilarating trilogy that explores the many facets of superheroes, by showcasing the line between the light and darkness. With such a rich and diverse set of characters, what better way to showcase the range than with a new line of Mini Egg Attack figures from the Entertainment Experience Brand: Beast Kingdom.The new Dark Knight MEA range is launched with five classic characters each with its own distinctive costume, signature pose, weapons and accessories. Batman himself is depicted in two version one with a grappling gun and the other ready for flight with the famous batarang.Next up, arguably the most famous villain of the franchise: The Joker! Here he is seen carrying a set of grenades under his long purple trench coat, the perfect personification of chaos! Catwoman, aka Selina Kyle also makes an appearance, a character with a complicated, seductive love-hate relationship with Batman and Bruce Wayne, but one who ultimately helps to save the day! Two-Face, the anti-hero makes for the ultimate in blurring the line between villain and fallen hero! Harvey Dent was, poised to be the White-Knight of Gotham tragically ends up disfigured in one side of his face, using a coin to make decisions based on sheer luck! Finally the biggest and strongest villain that Batman has faced yet, the hulking Bane is smart as much as he is fierce. The only person to ever really break Batman, but could he break his soul?For all fans of these DC characters, there is something here for any shelf! So make sure to collect all 5 characters in the Dark Knight series and wait for your very own dawn!