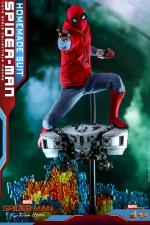 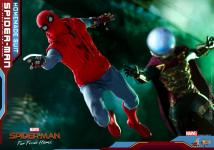 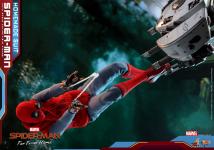 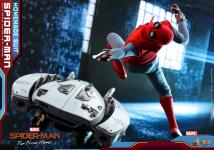 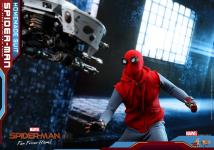 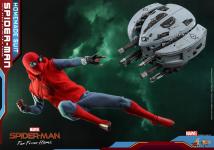 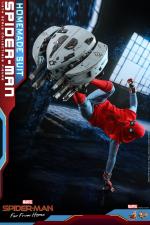 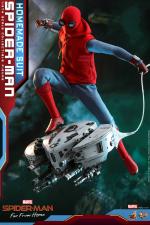 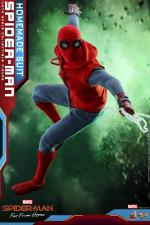 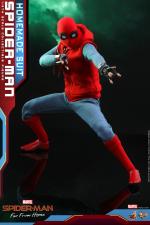 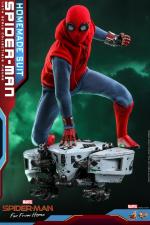 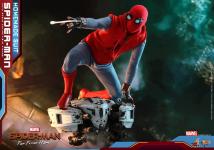 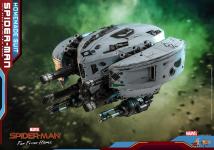 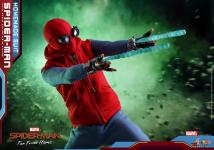 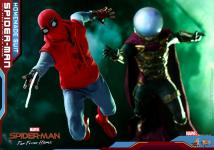 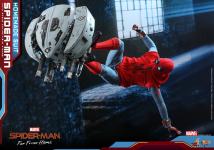 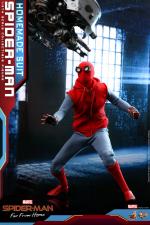 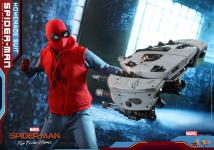 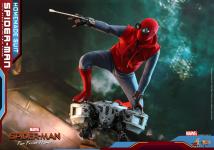 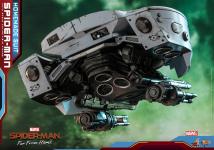 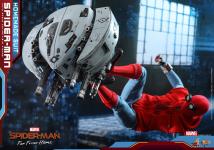 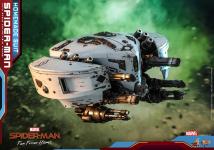 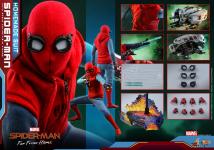 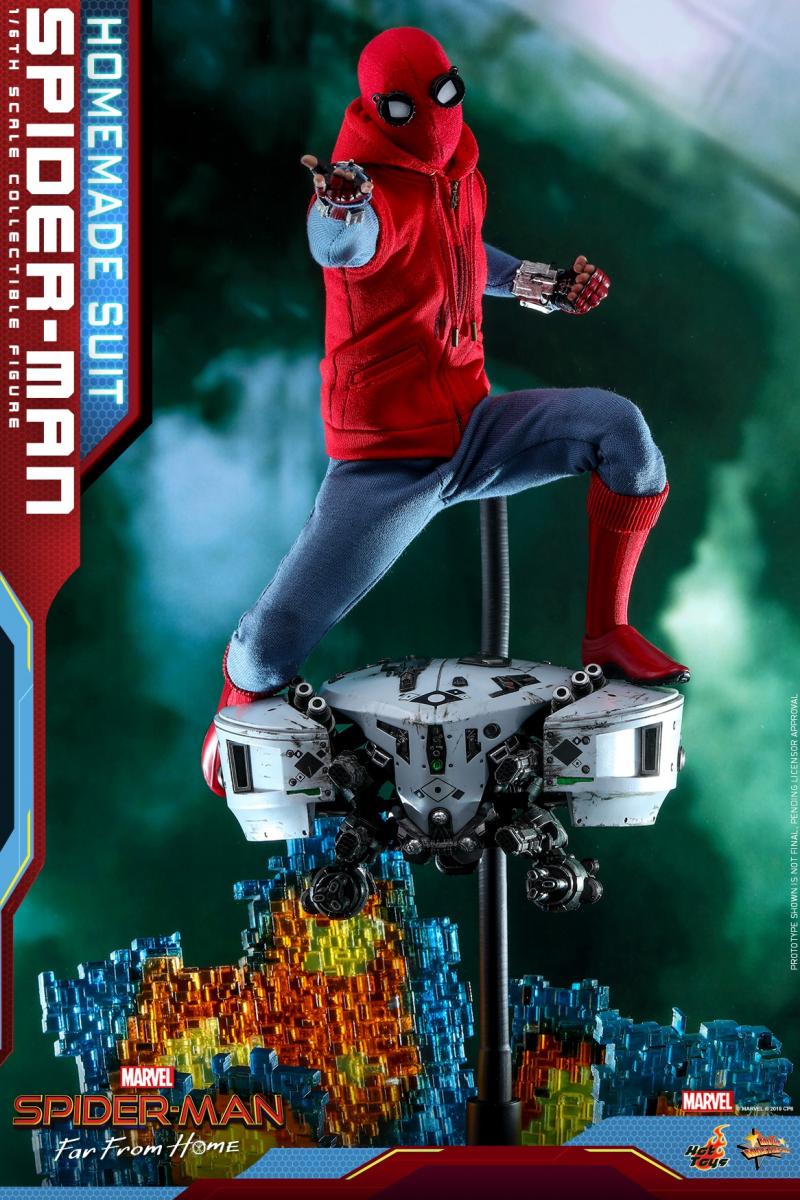 Peter Parker has come back with more action scenes in Spider-Man: Far From Home to blow audiences’ minds! With a crazy whirlwind of imagery created by holographic techniques and projector drones, the thrilling battle between Spider-Man and Mysterio has been marked as one of the favorite sequence by audience.

Inspired by the scenes with Spider-Man donning his homemade suit swinging away from Mysterio in the ultimate illusion, Hot Toys is very excited today to present the 1/6th scale Spider-Man (Homemade Suit Version) collectible figure based on Spider-Man’s newest adventure.

Made with meticulous craftsmanship, the collectible figure includes a masked head sculpt with 3 sets of interchangeable eyepieces for making a variety of facial expressions, a highly flexible specialized body for posing, and an intricately tailored outfit with web-shooters. A large assortment of accessories including a highly detailed 1/6th scale drone, two styles of shooting effect parts including smoke effect spider webs and regular spider webs, several pixelated effect accessories attachable to figure base, and a specially designed dynamic figure stand with movie logo.

How cool would it be to own this Spider-Man figure featuring our beloved webslinger back in the early stages of his newfound heroism! This will sure to be something that you do not want to miss!