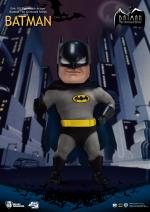 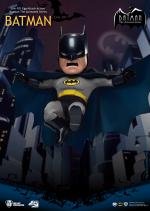 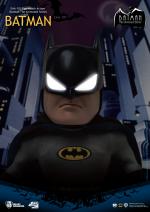 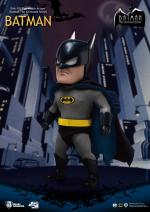 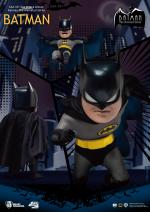 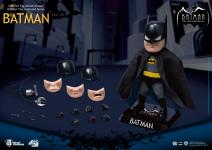 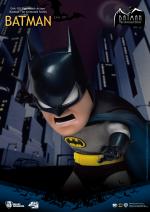 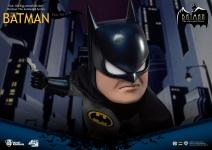 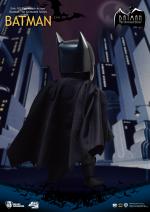 The Dark Knight returns, this time with a faithful reproduction of one of the world’s most celebrated animations: Batman: The Animated Series! A slightly more series take on our caped crusader, this film-noir style series pits Batman against some of his most famous adversaries!

The series is praised for its complex, and dark tones focusing on some pretty series topics. Taking inspiration from the Tim Burton live action film of the late 80’s, the show creates an otherworldly, gothic tone, a perfect fit for a this reproduction of the tall, mysterious Dark Knight!

With a variety of accessories, including eye masks, hands, grappling gun and signature weapons, this EAA Batman action figure is sure to bring home a serious case of ‘Caped-crusader’ envy for anyone who sees it. So make sure to pre-order yours today!

Did we mention Batman’s most famous villain is also in the works? A Batman release can’t be complete without his arch-nemesis: The Joker! Who is looking forward to his appearance?